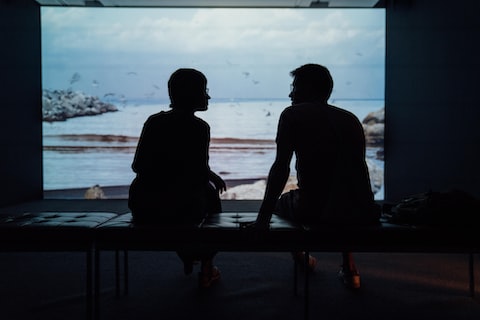 How To Build Back Trust And Respect In Your Relationship

Communication between you and your partner doesn’t come to a screeching halt after a breach of trust. (Well, polite and effective communication sometimes does.) But life goes on and you both have to navigate the daily grind… while simultaneously moving through healing, forgiveness, and restoring trust.

That’s why the interim is so important. If you can’t speak to each other with respect while you’re still figuring stuff out… you will hurt your chances of ever breaking through to the other side. So we’ll show you how NOT to communicate, what you can do, and how to move forward.

In the following example, trust has obviously been broken - but neither party is addressing the real issue: R found out they were in massive debt while trying to secure a loan for a car. P had charged the credit card with expenses for a new business (over $10,000 worth of expenses) but had kept most of the purchases a secret from R, thinking the business would soon cover the costs.

Pause. Deep breath. This is obviously an example of how out of hand interactions can become when neither party is interested in restoring trust. They’re only interested in assigning blame. It goes without saying that this is not a productive dialogue. Here’s how to change that.

Step 1. Be Proactive, Not Reactive.

What do you want to say to your partner? No, like, what do you really want to say? Do you want them to know they hurt you? Made you doubt your relationship? Put your goals at jeopardy? Okay. Say that. Don’t shoot back a criticism that is reactive - meaning you’re only addressing their statement, not the bigger picture.

When you’re discussing something sensitive, any inflection or emphasis could carry (unintended) undertones. You want your partner to really hear and comprehend the words you’re saying, and the meaning will be immediately lost if they detect sarcasm, defensiveness, or anger. So keep your tone measured, calm, and even. If you can’t do it - push off the conversation until you can.

Step 3. Confirm Their Message Is Received.

We all know the frustration of sending an email and get zero response that it has been received. It’s a confusing sensation. So take away the ambiguity from your conversation by making sure you don’t just hear what your partner is saying, you verbalize that you hear it. (i.e. “I understand,” “I hear what you’re saying,” or “I get it.”)

WOWEEEEEEE. What a difference. Honestly, the first and the second conversations are like night and day, or flip sides of the same coin. With just a few tweaks to your tone, your language, and your dialogue, you can lead with respect… even through the tough times.