How To Talk About Why You're Angry Without Shutting Down

You might have read this title and thought to yourself: I have a better chance of winning the lottery or seeing a unicorn than I do explaining to my partner why I’m angry without sounding angry, and to be honest, we wouldn’t blame you.

Not sounding angry when you are angry is as difficult as patting your head and rubbing your belly at the same time. Because they’re twin emotions, and anger is one of our most primitive impulses. Evolutionarily speaking, anger (which of course, is born of fear) has kept us alive in many situations. Anger spikes our blood pressure (which is why we use the phrase “seeing red” to describe the emotion) and makes us zero in on the immediate situation. When we were out there thousands of years ago just Man vs. Wild-ing it, that was helpful. In modern society (especially in modern relationships) ehhh… not so much.

Separate the PERSON from the REASON. 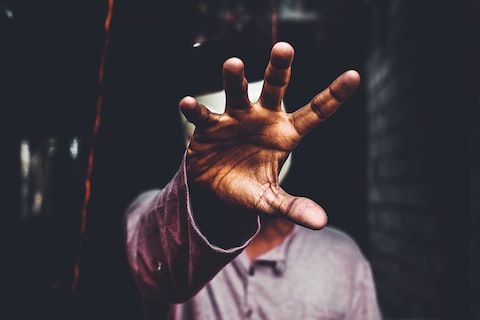 Sometimes you need to bring more clarity to the situation by changing your perspective. For example, spot the difference between these two sentences:

“You’re the most selfish person I’ve ever met in my life.” And this one: “Your behavior today was really selfish and made me feel unimportant.”

It’s a pretty stark comparison. In the first one, you are labeling their character as selfish. Their identity, their personality, their soul - allllll as selfish as the day is long. In the second example, you’re separating what they did or said from who they is. It’s much easier to receive criticism if it isn’t an attack on who you are as a person.

So - whether you think this distinction or actually say it out loud, this is essential for talking about why you’re angry… and not frothing at the mouth while you do it.

Force yourself (even if it’s just for a fraction of a moment) to picture the last time your partner did something nice for you. Did they cover you with a blanket when you fell asleep on the couch? Did they make you breakfast for no reason? If you can hold in your mind’s eye a time when you were attracted to and appreciative of them, you will automatically soften. Literally.

Remembering fond memories relaxes your shoulders and lowers your blood pressure. Taking this suggestion to heart means you’ve instantly diffused the situation even before you open your mouth.

Use “I” statements only.

Telling your why you’re angry at them seems like it would reasonably include starting sentences with “you,” right?

But those statements just make them feel attacked. The simplicity of this tip is you can still say the exact same thing to them, but just flip the “you” statement to an “I” statement:

If you use even ONE of these suggestions, you’ll be able to get your message across without your anger betraying you. But all three? Fuggedaboutit.